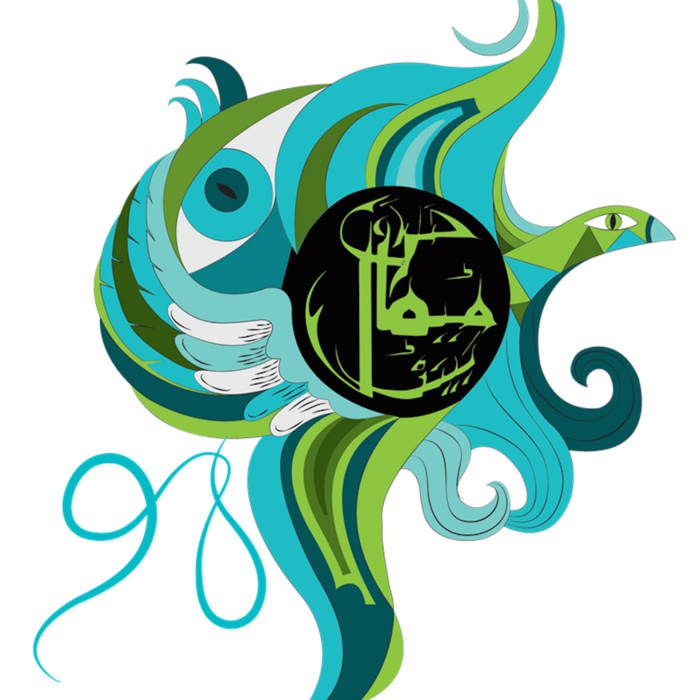 Live At Baroda
Stream on:

1 Ghungat from 'Live At Baroda'

9 Ranjha from 'Live At Baroda'

'Ranjha'is a ‘kafi’ written around the folk legends Heer and Ranjha, the doomed lovers who are betrayed and perish. Bulleh Shah uses the story of Heer and Ranjha as a means to allude to the devotee’s longing for God’s love and charity. Bulleh Shah is believed to have been born in 1680, in the small village of Uch, Bahawalpur, Punjab, now in Pakistan. A large amount of what is known about Bulleh Shah comes through legends, and is subjective; to the point that there isn’t even agreement among historians concerning his precise date and place of birth. Some “facts” about his life have been pieced together from his own writings. Other “facts” seem to have been passed down through oral traditions. Bulleh Shah practiced the Sufi tradition of Punjabi poetry established by poets like Shah Hussain (1538 – 1599), Sultan Bahu (1629 – 1691), and Shah Sharaf (1640 – 1724). Bulleh Shah lived in the same period as the famous Sindhi Sufi poet, Shah Abdul Latif Bhatai (1689 – 1752). His lifespan also overlapped with the legendary Punjabi poet Waris Shah (1722 – 1798), of Heer Ranjha fame, and the famous Sindhi Sufi poet Abdul Wahad (1739 – 1829), better known by his pen-name, Sachal Sarmast (“truth seeking leader of the intoxicated ones”). Amongst Urdu poets, Bulleh Shah lived 400 miles away from Mir Taqi Mir (1723 – 1810) of Agra. He died in 1758, and his tomb is located in Kasur, Pakistan
Buy Track

10 Bandeya from 'Live At Baroda'

Bandeya is a jazz funk inflected tune set to a ‘kafi’ written by MHB with Pakistani poet Ahmed Anis. This track features a more funk-jazz groove based approach to the style of material the band is associated with. The song also features some departures in terms of sounds, with Papu's distortion laced flute solos creating a voice which is part sarangi and part human. The monster rhythm section of Gino Banks on drums and Sheldon D'Silva on bass take this tune and make it groove with an intensity and rhythmic dexterity that pushes the music further and further.
Buy Track

11 Andholan from 'Live At Baroda'

Andholan,' from the record 'Saptak' has long been a live staple tune in Mekaal Hasan Band's repertoire. One of the band’s most popular songs, 'Andholan' is a largely instrumental song with a central vocal section. The song features solos from all members and has become a favourite with music fans over the years. Andholan is an Eastern Classical term for a singing style which involves expressive use of 'Meend' or slides from one note to the next in a raag or melody. This live version is an uptempo rendition of the song, super charged by Gino Banks' driving drumming, along with Sheldon D'Silva's nimble bass lines. Each band member takes a notable solo spot in the tune and acquits him/herself with finesse.
Buy Track

13 Sanwal from 'Live At Baroda'

'Sanwal' was our first 'hit' song which became a crowd favourite ever since we released it way back in 2004 on Mekaal Hasan Band's debut record,'Sampooran'. It is performed live here with Gino Banks on drums, Sheldon D'Silva on bass, Sharmistha Chatterjee on vocals, Muhammad Ahsan Papu on flute and Mekaal Hasan on guitar.
Buy Track

14 Jhok Ranjhan from 'Live At Baroda'

Jhok Ranjhan' was our first hit in the late 90's and is from our second record 'Saptak'. This song was the first time that we started doing guitar and flute unison solos together, something that would evolve into a sonic signature for the band in the years to come.
Buy Track

Mahi is a tune written by MHB with shifting tonal centers around the melody. It also features an intricate time signature (7/8) which makes it a musical challenge for the players, especially in live settings.
Buy Track

16 Sajan from 'Live At Baroda'

'Sajan' was the second song to be released as a single off the band's debut record, 'Sampooran' in 2004. It went on to be a fan favourite and with the passage of time. it's popularity has not diminished. The live version of this song sees the band bring it to a intense and spiritually drenched climax, concluded with flute and guitar solos not heard on any of the band's recordings. This is a Shah Hussain ‘kafi’ that like all spiritual communication, communicates at more than one level. In this beautifully written poem the comparison is ostensibly between two lovers but at a spiritual level it is the desire of a mortal to seek a lasting relationship with God. Shah Hussain talks of the need for a ‘wakeel’ – a mediator, someone who understands and helps. The reference is to the Prophet and seeking his help in finding true salvation. The concluding lyrics refer to Shah Hussain as a ‘fakir’ or mendicant who laments the transitory nature of life on earth and the ultimate reconciliation of man with his destiny. In treating this deeply spiritual message, MHB has approached the melody like a soft and lilting ballad that tugs at the heartstrings, making us reflect on life and in doing so, finding that moment that soothes the soul.
Buy Track

17 Sampooran from 'Live At Baroda'

This largely instrumental track is off the band's debut record, and remains a favourite with the fans. The tune features a pun on the number 7,(Sampooran the term itself means belonging to a family of 7), utilizing a 7/8 and then 7/4 groove before dropping a beat to feature another section and then dropping two more beats to come to a more regular sounding 4/4 section which comprises the main body of the tune. Vocally, a classical composition based on Raag Aiman, features a bandish attributed to the legendary Hazrat Amir Khusro (1253-1325), the father of qawwali. Each instrumentalist also features as a soloist during the course of the tune, with the live version featuring a delicate and beautifully phrased bass solo by Sheldon D'Silva.
Buy Track

This classical bandish originally composed by Ustad Salamat Ali Khan is a fervent appeal to Hazrat Ali, seeking his intervention in easing the suffering of his devotee. This invocation is a traditional masterpiece popularised by Ustad Salamat Ali Khan and has been sung in various genres by musicians over the years. It has immense appeal and is usually the finale in the Mekaal Hasan Band’s repertoire. Largely improvised, the band has performed Ya Ali with resounding passion and energy over and over again
Buy Track

The only Indo-Pak band of it’s kind featuring the best contemporary musicians from both India and Pakistan!

All tracks written and arranged by Mekaal Hasan Band

Day & night pining for Ranjha (my beloved) I myself have become Ranjha You should call me Dhido* Ranjha No more should I be called Heer. I am Ranjha and Ranjha's me No difference remains I have ceased to exist He lives in me. He believes in me O maiden, throw away the white apparel And put on the Sufi garb A blemish is so evident on white but Never on black O Bulleh! Take me to Takht Hazara** For me here there is neither hope, comfort Or support. *Dhido was Ranja's real name. Ranjha was the caste, but that's the name that endured ** Takht Hazara was Ranjha's home

The world and all it contains is mortal There is no salvation without compliance Ashes to ashes, dust to dust Status and wealth will not help Only good deeds will prevail here and In the hereafter Your sins will wear you down And haunt you till the end The worldly pleasures they are but temporary.

Andholan from 'Live At Baroda' + -

Jhok Ranjhan from 'Live At Baroda' + -

Sampooran from 'Live At Baroda' + -

Oh Ali, help me overcome my suffering Please ease my difficulties I have been turned down and rejected just because I am poor Please do not turn me away from your door for the same reason If you do not bless me, whom will I turn to? If you do not listen to me