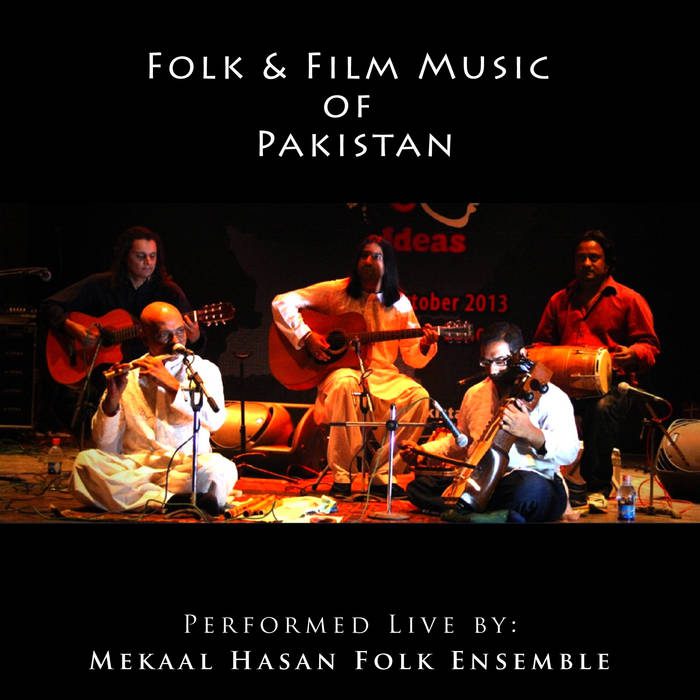 In 2011, musician and producer Mekaal Hasan was commissioned for writing and arranging the music score for a theatrical production of Shakespeare’s ‘Taming Of The Shrew’.
The play was adapted to Urdu and was performed at The 2011 Cultural Olympiad in London to a full house at The Globe Theatre with an acoustic ensemble playing live on stage. In 2015, while preparing for rehearsals in Karachi, Amir Azhar, Babar Khanna and Mohammad Ahsan Papu came up with the idea of playing our National Anthem in the regional styles of Pakistan’s four provinces. Luckily, we were able to capture this totally impromptu jam and we present it to you here as the record’s opener. There is another, more serene version of our anthem, the ‘folk’ version which closes the record, This is the exact same instrumentation with which we opened our performance at The Globe.
The songs in between the anthems will take you from filmi hits of the past to worksongs from the heartlands of Pakistan. We hope the beauty and bounty of Pakistan is experienced by all in our humble offering to you of it’s musical gems, packaged as four short medleys.